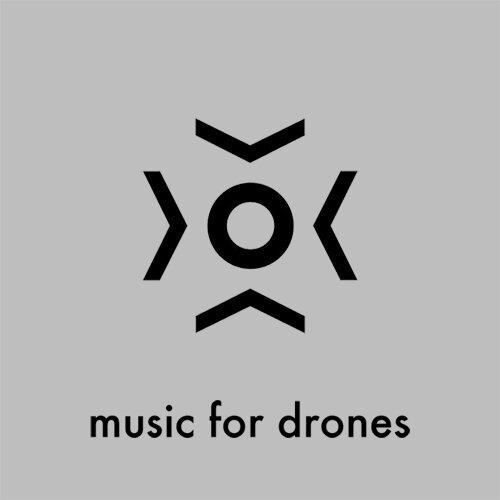 (note: this post is written by Robin James and originally appeared on her blog: It’s Her Factory)

Drones are trendy. These days, seems like everybody has some use for and/or opinion about them. They’re the subject of a lot of art and literature, too.

What if, instead of making art  about drones, we make art with drones? What if we don’t jump immediately to the question, “What are drones used for?”, but first ask “What is a drone, materially? How does it work? How do we work with drones? What is a drone, as a medium?” Maybe if we stop overlooking materiality and medium in our enthusiasm to praise or critique drones, we’ll be better equipped to think about their effects and consequences?

We, citation: obsolete (a collaboration between christian.ryan and Robin James), are interested in developing a  series of sound art and pop music pieces we’re calling “Music for Drones.” These pieces use quadcopter drones equipped with speakers and mics (e.g., contact mics), to make works that follow from Karlheintz Stockhausen’s Helikopter–Streichquartett’s precedent. Our “ensemble” will include four toy drones that mimic the composition of a traditional string quartet: two smallish “violins,” a medium-sized “viola,” and a large “cello.” 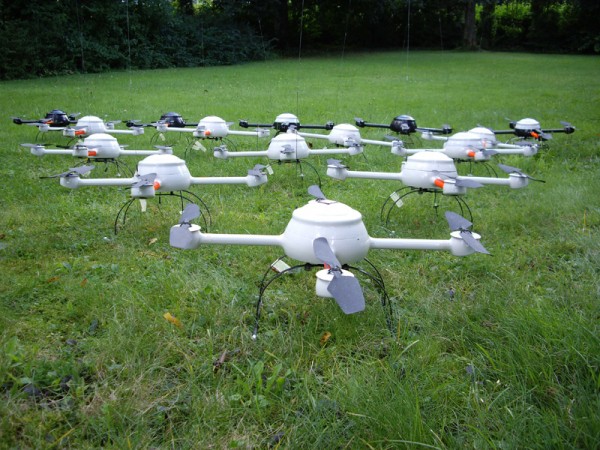 We’d like to try several different iterations of this project : 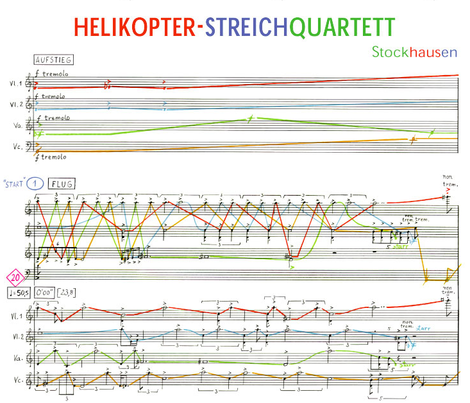 We want to use Stockhausen’s original as a starting point, not an end. How is our sonic medium different than his sonic medium? What do the sonic differences between full-size helicopters and drones tell us about changes in relations of production, technology, politics, privilege, media, etc., from Stockhausen’s time to ours (from the last decades of the 20th c to the early decades of the 21st, from Vietnam to Pakistan)?

This has been attempted before, most notably by the University of Michigan Digital Music Ensemble. You can hear (and see) their performance here. They use electric guitars and remote-controlled helicopters in a way that reperforms Stockhausen’s original idea: mixing the harmonics generated by the helicopters with pitches and harmonics generated by stringed instruments. One main difference between our cover and their cover is in the kind of copter or drone used: they use monocopters, we’re using quadcopters. Their use of guitars raises some interesting questions that we’d like to push even further: sonically, the UM DME sounds not that much different than your average sunn 0))) track, or even the guitar work in Ministry’s “Khyber Pass.” How do we take advantage of the fact that these helicopter-generated sounds and harmonics are no longer illegible and indigestible to pop-oriented ears? Also, though Stockhausen’s original, like, well, 2000+ years of Western music theory, focuses on harmonics, there are other musical dimensions to the sounds generated by the drones: rhythms, timbres, percussive effects, maybe even melodies. How can we highlight sound’s other, extra-harmonic properties?

TWO: Newly scored sonic material. This may be concrete material, it may be generative sound, it may be something else, or it may be a combination of a lot of things.

There are a number of ways to generate new sonic material. Some of it will be more sound-arty, but it’s very important to us that some of it is legible as music to lay audiences. Toy drones are fun: you play with them. How can our performances evoke the pleasures we take in drones? How can we use sound and performance/installation to bring these pleasures to conscious attention and reflection? Stockhausen’s original wasn’t really fun to listen to. Intellectually fascinating, sure. But you’re not going to rock out to it at the gym or the club. How can we make pleasurable, fun, enjoyable music from and/or for the drones? Can you make a pop song with/for quadcopter drones?
Industrial music is built on the idea of making pop music with and from the means of military-industrial production, and especially the apparently non-musical noises they generate. How might quadcopter drone sounds be the basis of an industrial/EBM track? How can we put our use of drones in postmillennial industrial music in conversation with the use of machine gun sounds in 90s industrial music (e.g., sampled sounds from film, or mimicked by blast drumming)? Or: What is the quadcopter drone equivalent of the KLF’s performance at the BRIT awards? 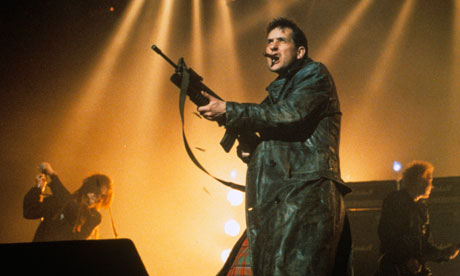 In future posts, we will address more specifics about the actual making of the piece(s): the different modes and styles of interaction and sound generation we’re interested in experimenting with, the specific technological specs and devices we’ll use, tech problems and challenges that arise along the way, etc.

For now, we just ordered a cheap quadcopter to begin experimenting on/with. We plan on crowdfunding the project, and are developing a video to use in our campaign. We will post links to the crowdfunding campaign once it goes live.